It’s always fun to be a part of TheWriteReads blog tours even if I’m just doing a spotlight for one of the books. So today we are checking out Crossing in Time: An Edgy Love Story by D.L. Orton. I was interested in this book for the time travel aspect because I remember really enjoying A Different Time which had that element but ultimately was a love story.

I’m not much for love stories and while I will not be reviewing the book because it wasn’t my cup of tea, it was written really well and it was clear that the author put a lot of thought and work into creating this story so I wanted to still showcase the book. I think that it deserves the love that other bookbloggers are giving it!

The past isn’t over, it’s an opening. The future isn’t hidden, it’s a trap.
If she ever wants to see him again, she’ll have to take the risk.

When offered a one-way trip to the past, Isabel sacrifices everything for a chance to change the rapidly deteriorating present–and see her murdered lover one last time. When she arrives twenty years in the past, buck naked and mortally wounded, she has 24 hours to convince a stunned but enraptured nineteen-year-old to change their future. Definitely easier said than done, as success means losing him to a brainy, smart-mouthed bombshell (her younger self), and that’s a heart breaker, save the world or not.

This offbeat tale is about falling madly in love when one is too cynical for such things, letting go of pessimism when it’s the last life jacket on a sinking ship, and racing against the clock when one doesn’t have the proper footwear. It’s a coming-of-age story for old fogeys, a how-to-make-love guide for die hard celibates, and a laugh-out-loud tragedy with a hopeful twist. 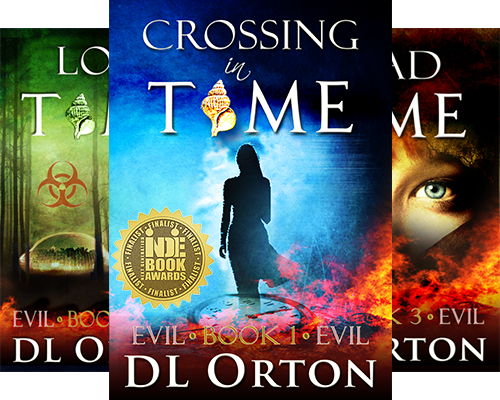 Get the whole series on Amazon! 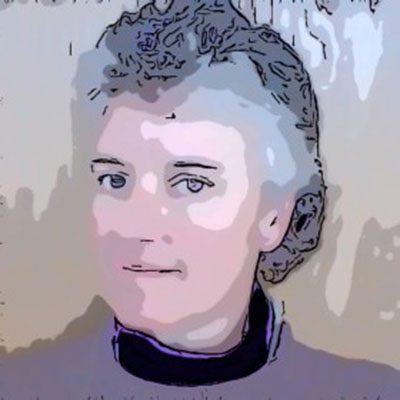 DL ORTON, THE BESTSELLING AUTHOR of the BETWEEN TWO EVILS series, lives in the foothills of the Rockies where she and her husband are raising three boys, a golden retriever, two Siberian cats, and an extremely long-lived Triops.♂‍

In her spare time, she’s building a time machine so that someone can go back and do the laundry.

This site uses Akismet to reduce spam. Learn how your comment data is processed.

Hi! I’m Chasity and I love reading books. I decided to start this blog as a way to read more books and share it with the internet. I’m a wife, a mother, a full-time job keeper, an artist, a writer and a reader of things. Join me as I review books, compare books to to their movie counterparts or just talk about the book I’m reading now.